Whitey spent his childhood in Astoria, where he learned his craft playing ball locally.

He then went on to win a franchise-record of 236 games for the New York Yankees (career 236–106) and still has the fourth-best winning percentage in baseball history at .690.

During his MLB career, Ford had 10 World Series game victories, more than any other pitcher. In 1961, he broke Babe Ruth’s World Series record of ​29 2⁄3 consecutive scoreless innings. The record eventually reached ​33.  It is still a World Series record. In 1974 he was inducted into the Major League Baseball Hall of Fame. 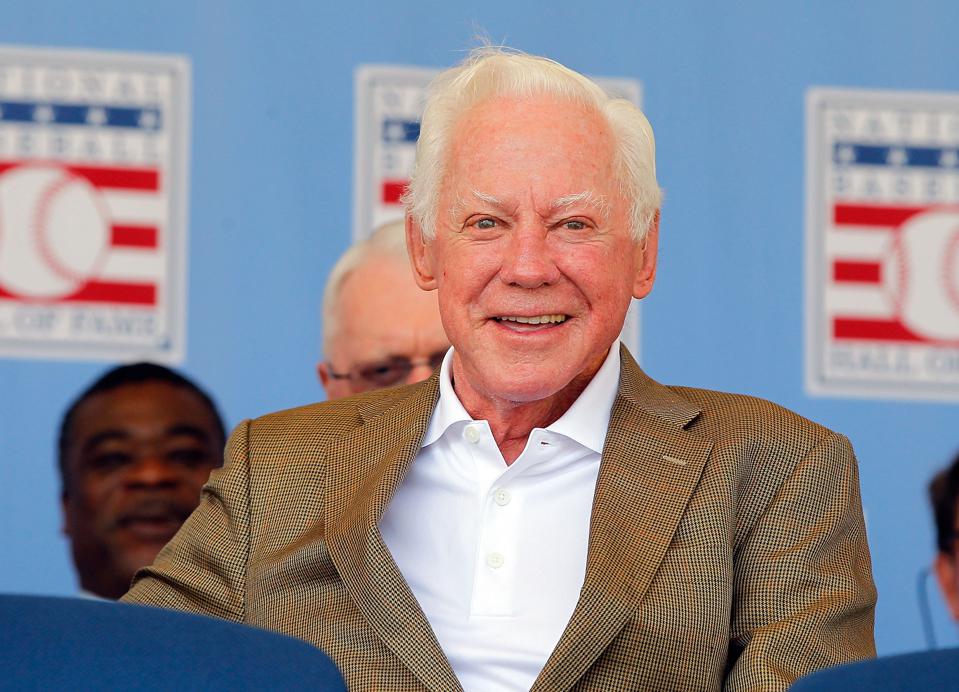 Whitey Ford Field on Hallets peninsula is presently under renovation by the City of New York and provides a facility that will continue his legacy, especially providing space for young people to train and compete.

The “Friends of Whitey Ford Field” is a volunteer group working to advocate for the field, and is co-chaired by Blair Clancy, Granddaughter of Whitey Ford, and local resident Neil Herdan.

Blair Clancy: “As a native New Yorker, his life and career deserve to be remembered and this is a great way to honor my Grandfather. And especially fitting and meaningful to us that his name will grace the very block in Astoria where he grew up.”

Neil Herdan: “I am honored to see 43rd street named after Whitey Ford. This very location meant so much to him and his family. He spent much of his early life with his grandparents and when he was signed by the Yankees in 1947 a block party was organized for him.”

Richard Khuzami of OANA: “We have been honored to sponsor the renaming of the street, and greatly appreciate Councilman Jimmy Van Bramer, who submitted the request to the City Council. We also are thankful for the support of Councilman Costa Constantinides, and Community Board 1 of Queens. Old Astoria Neighborhood Association has been honored to be fiscal sponsors of the Friends of Whitey Ford Field, and greatly appreciates all they do for our neighborhood!”

Mr. Khuzami has been a member of Community Board 1 in Astoria, NY for the last 20 years. He sits on the Zoning and parks Committees and is on the Executive Board. Previously, he served as Parks and Culture chair of Community Board 1 for eleven years and also chaired Capital and Expense priority Committee. He is a member of the Queens General Assembly and had been a panelist for grant submissions for the Queens Council on the Arts (QCA). Richard also is an officer of The Eastern Mediterranean Business Culture Alliance (EMBCA) and President of OANA.